A downloadable game for Windows and macOS

How fancy are your pants?

Relive the nostalgia of The Fancy Pants Adventures: World 1 as you speed over spidery slopes and parkour your way to victory!

Your way through the original levels! Stomp on spiders and race to collect all the pants and hats to make yourself the fanciest stick man in Squiggleville.

Get through all the original levels! But you’re not done yet! There are REMIXED levels and a whole new boss at the end of this remix version.

To collect all of the NEW collectible Cutie Chronicles. Collect them all and you unlock Fancy’s sister, Cutie Pants! Grapple your way to victory with her trusty sidekick Kabootle.

In order to download this game you must purchase it at or above the minimum price of $2 USD. You will get access to the following files:

sue me ill play this on newgrounds

i wonder why this game has been deleted from the play store and app store :(

the game is just old and no updates and i pretty much think that brad borne took a break.

If you don't wanna pay for this just go to https://poki.com/en/g/fancy-pants

That's not the remaster, that's the base game

First and foremost. I loved the game back in the Flash era, I still love the game in it's current incarnation. I played it on Android and now I feel guilty for not being capable to buy it here. In fact, I'd love if I got more ads just to give you more money. I'd love to have some "bonuses" just to watch ads and give you money. Thanks for all the good times!

Cutie Pants has 10 colors and 10 paterns to unlock.
Fancy Pants has 8 colors, 7 paterns, and 9 hats to unlock

Nice update, I like all the new little secrets. I hope World 2's coming soon!

brad can't get money from ads on pc

Does anyone know how to turn on the timer? whenever i press T it just says "true" and "false"

Why is the game free on mobile and paid for pc?

there are ads in the mobile version, but not in the pc version

I’ve always played this game, I wondered, “Why this 🎮’s paid, as this makes no sense. The only way to donate is either through Subscribing to Patreon or Donating from their own website.

But by the way, to those of you complaining about the price, just know that this game is worth at least    a hundred times as much as a bag of chips the same price.

Now, I just wanted to say, never have I seen an instalment of Fancy Pants be so punishing for exploration.

(EDIT: maybe not that, but you can go a lot of unintended places and find nothing because Brad is still under the peak of fanciness potential)

Probably sounds harsh. Well I'm missing several hats, pants and dresses, and that was after going out of bounds multiple times and finding nothing in secret areas. I went out of bounds and scaled invisible and long walls tons of times with my trusty Kitten Kabootle to hang onto the ceiling of the bottom of the map, and found nothing. Found some empty space not meant to be seen behind the spring in Level 2, too. I also went to two places in the Remix as Fancy Pants Man that were only meant for Kitten Kabootle by doing  a fancy jump and slide (the Angry Penguin's lair, and the high-up purple place at the start of Level 1), and there was nothing there in the first one. In the second one, there's probably also nothing, and there was a high-up ledge only Kitten Kabootle could reach. Oh, and I was playing on a broken phone but that doesn't really matter at all.

I saw the walkthrough earlier, and it turns out you have to move a hidden pushable block in Level 2 to get to a massive hidden area filled with stuff. I think it would've just been fancier to have some fancy stunts like the ones I pulled earlier put in. I tried to deduce the logic of the secrets - basically like if players don't go there very often, it's probably a secret, but in hindsight they're all actually pretty visible. I also touched a lot of uncommon walls I thought would possibly harbour a secret, but there wasn't really anything.

Since it actually took me a long time to type this comment since I could only get here in bursts of like 2 minutes, and it's been a day (I would've finished this in up to 10 minutes), I looked for all the missing collectibles and found them. They weren't really hidden as much as I thought. But I think there are too many in Level 2 and not enough in Level 3.

Now for the part of the review where the collectibles don't matter. THIS GAME IS FANCY. I went on your website for a bit to see what's up and I found this. I was like, "oh good, we can finally play as Cutie Pants after all this time. Oh and what's up with the World 4 release close to the Flash breakdown?" So I got all the Cutie Chronicles and finally started playing as her. I saw I couldn't play the Remix, but I was like, "oh, well, this is something we've wanted to do for years, and now we can, so we shouldn't complain." I expected the icon to be a dress but whatever. Eventually I found a colour, and I was like, "oh, neat." Then I beat the Angry Penguin, and I saw the Remix was unlocked, so that was new, and then I found out she also had dress patterns and bonus areas dedicated to her kitten, so I was like "oh wow". Couldn't pick anything up as her (like hats or weapons) but if she eventually gets one, it should probably be like the thing she was holding in World 3. Also I don't know why the down button is visible if it doesn't do anything. Well I mean it probably lets her wall-jump down, but that's it.

And now for some quick observations that were already self-resolved because I was kinda paranoid (although I just came to edit this comment after I saw he did an update in 2021, so he's fine. Just ignore this yabbering).
I don't really know what's going on, but I saw his site and his YouTube channel and his Twitter account, and he hasn't uploaded anything since March this year. Started to think he might've died or something. So that's probably not good. Just went on Discord to check things, and DrNeroCF last said something on 11/9/2020, and he was last mentioned last month, so he's probably doing alright. So yeah.

EDIT: I also got to the area exclusive to Fancy Pants Man (the one with the bowling ball) with Cutie Pants by exploiting a glitch based on the rat's relentlessness and her affection where she rides on the spider near the ink bag while the rat shoots him, which will make them spin away, and launch them upward if Cutie Pants changes or influences the direction. Here's some screenshots if you're interested 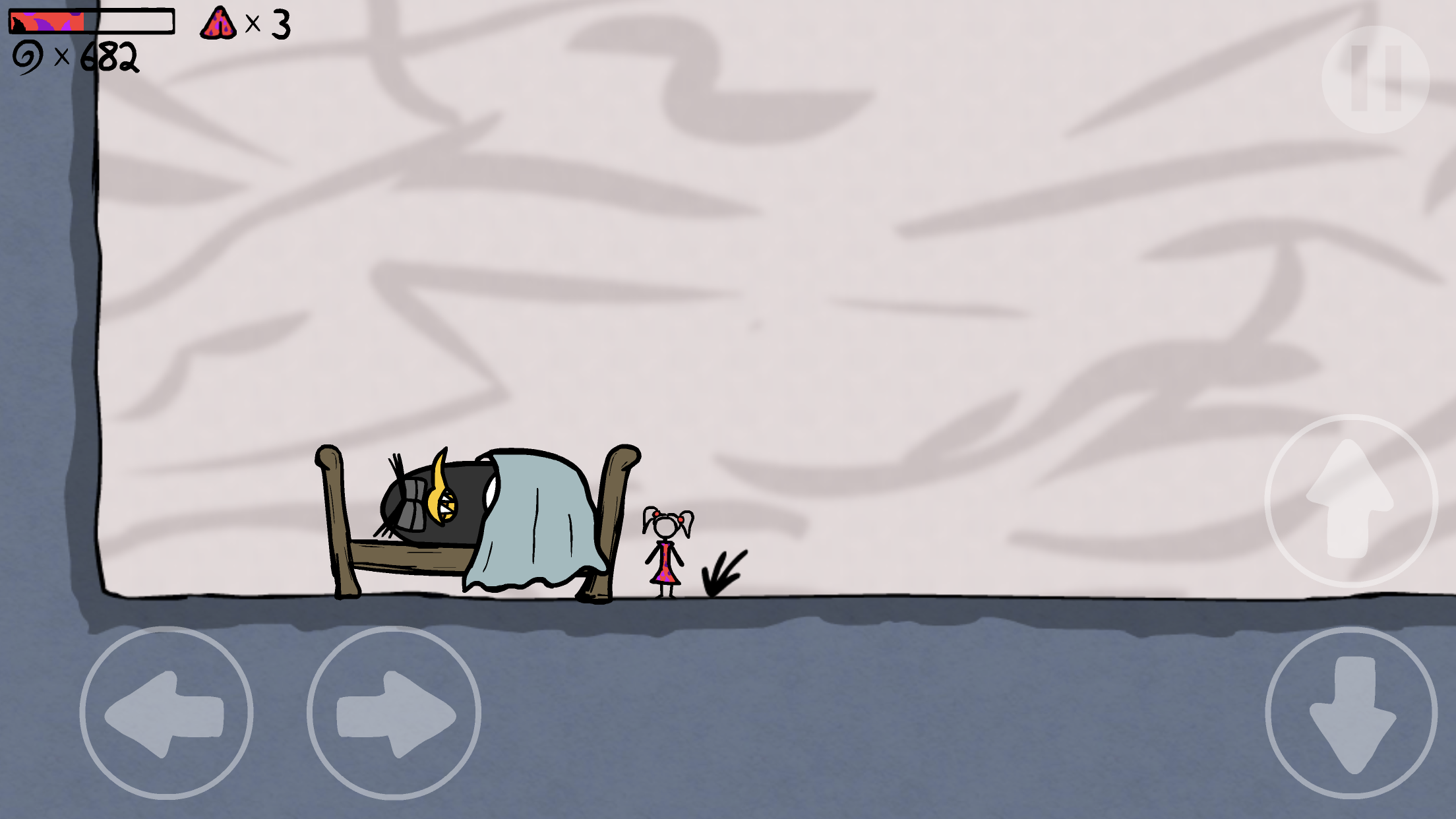 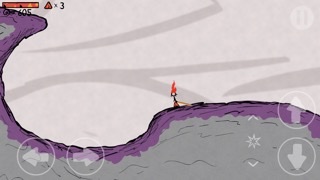 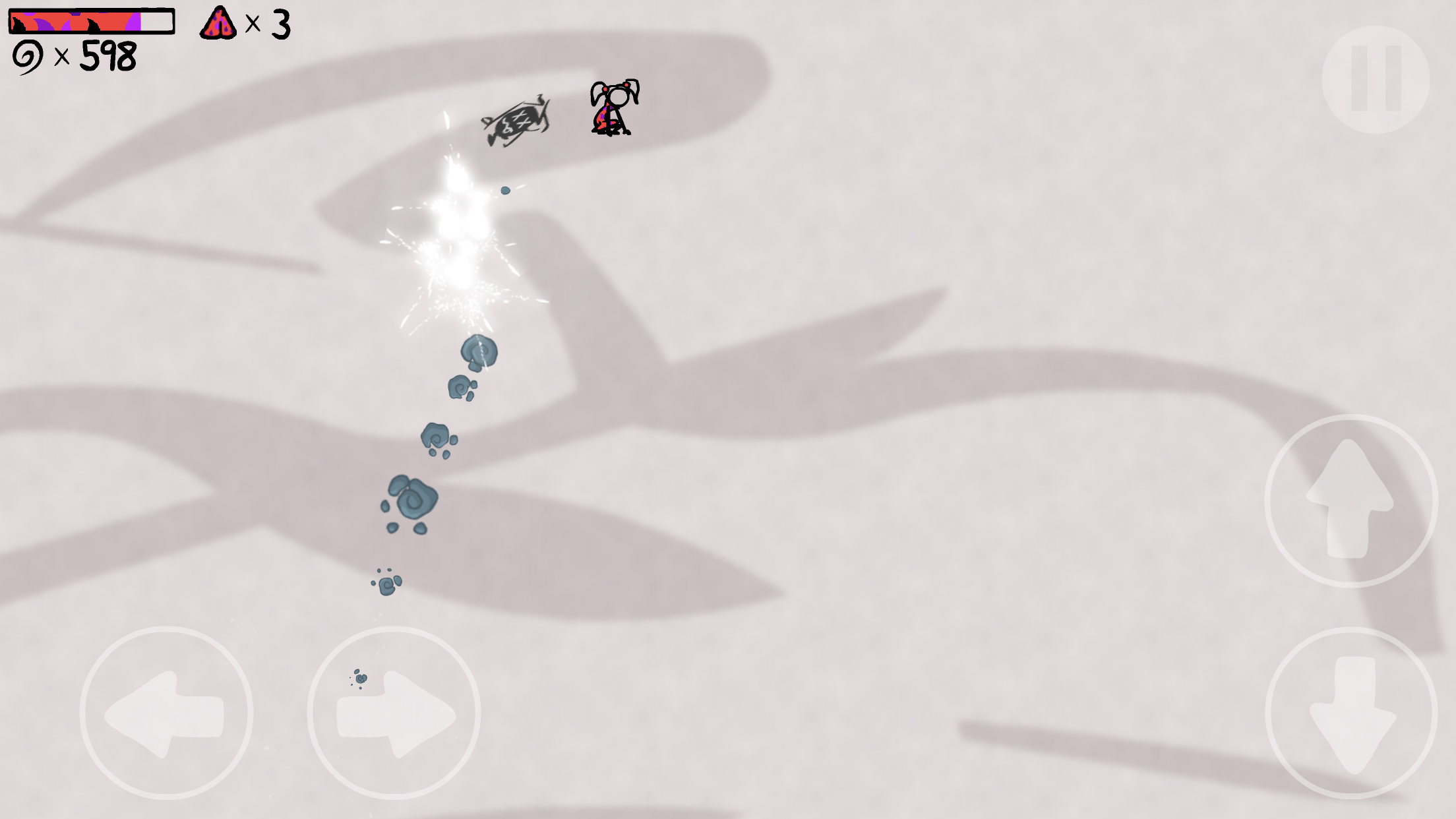 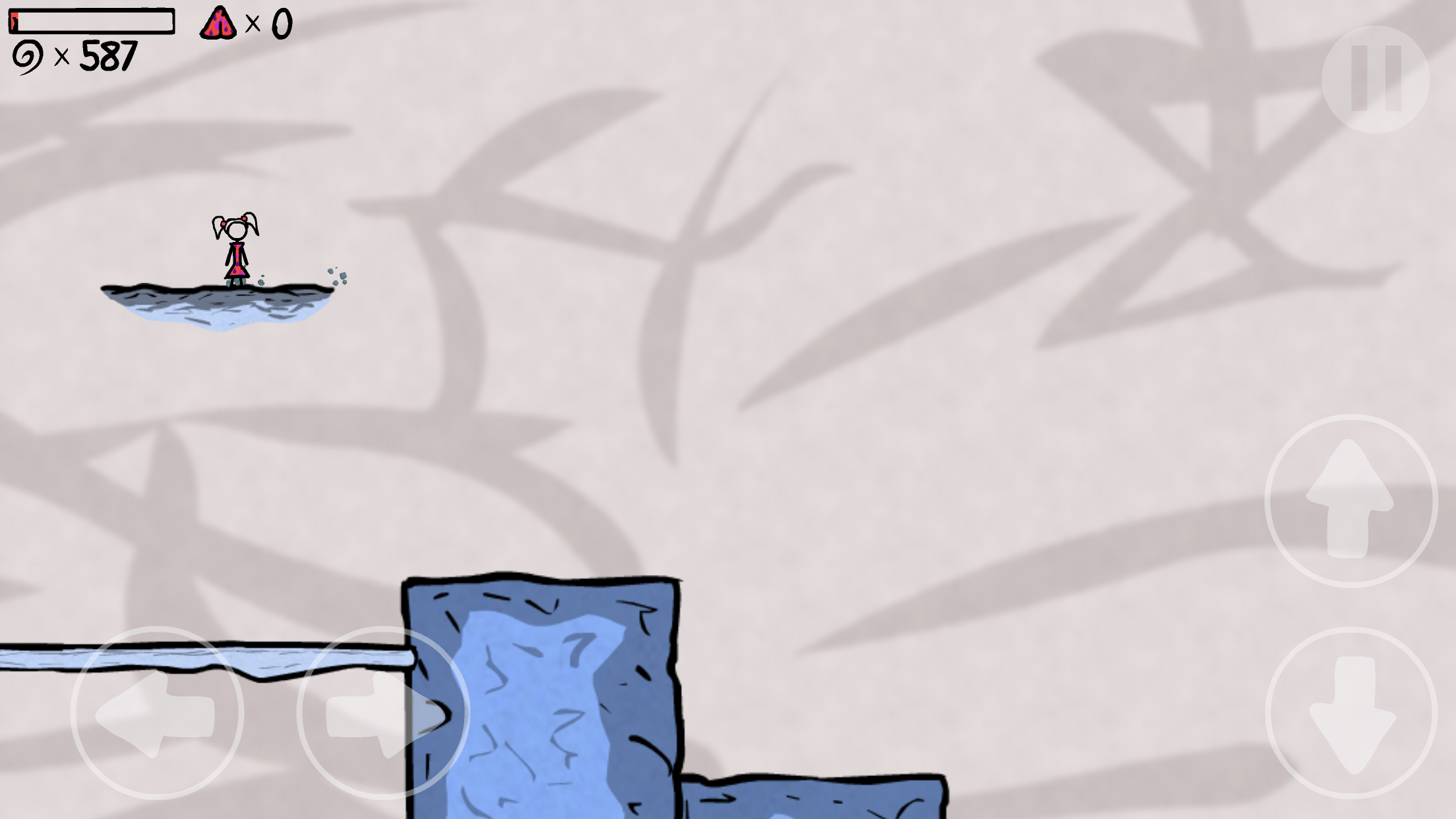 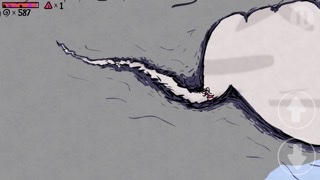 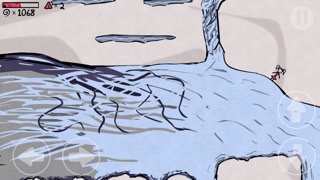 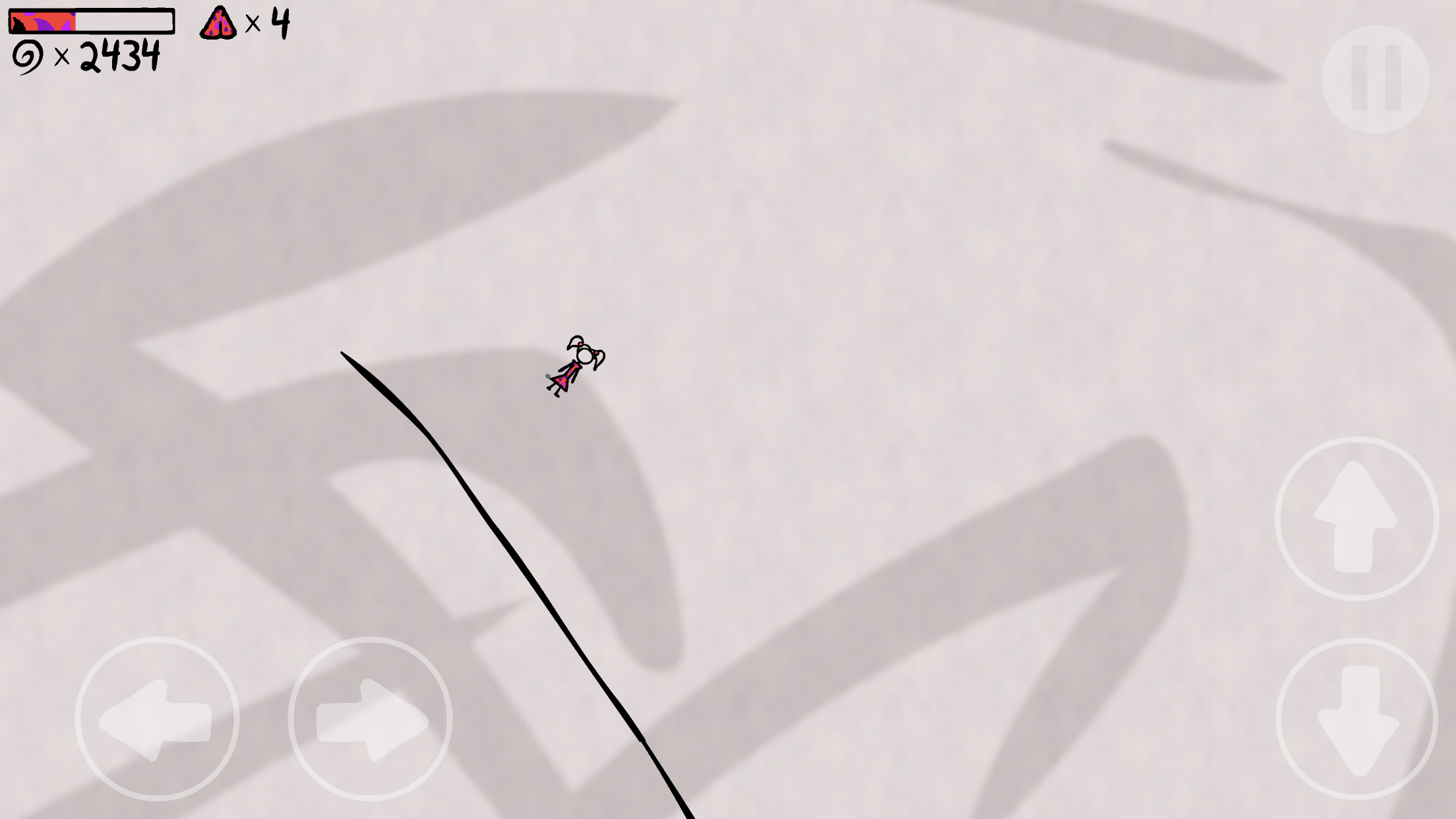 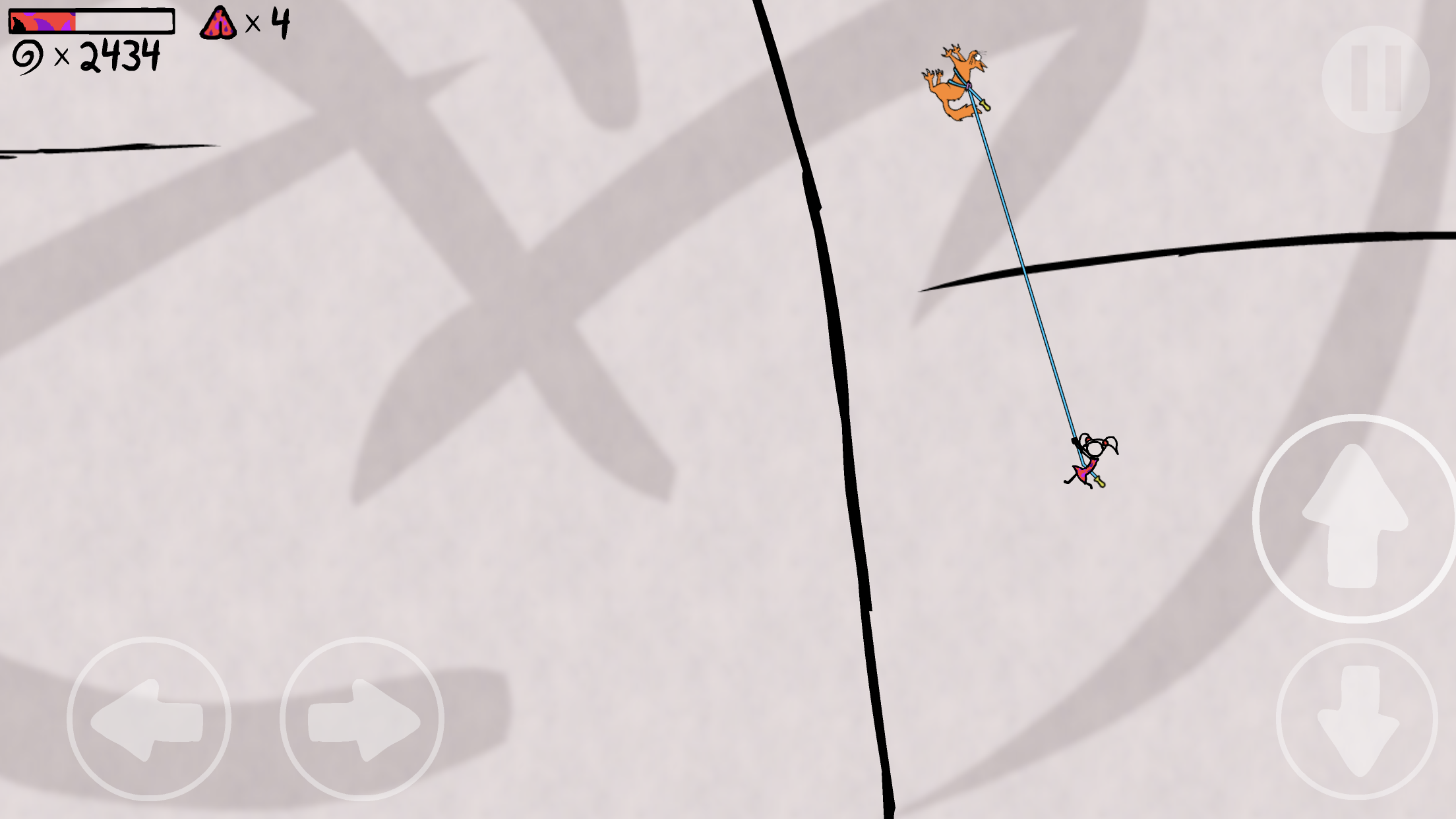 also in this new edit: I recently played World 4 Part 2 and managed to get back on the top of the hill at the first level (by slowing my fall in midair with an upward pencil swing), and the game got bugs from not having a previous level

so yeah, my pants are pretty fancy

welcome to my style of commenting

I've been a big fan of The Fancy Pants games ever since I played the first level on Miniclip. I still have found memories of playing The Fancy Pants Adventures on  Xbox with my brothers. This franchise is very special to me and I'm glad to see Brad is still at it, only refining and improving on the things that made the originals so great. All I can say is that I'm dying to see more Adventures of The Fancy Pants Man. Keep up the great work and I'm proud to support this game with $2 :)

thanks for letting me relive the fancy pants, i have played all of them :)

For who want's to know why this is Paid, The Creator needs money and deserves, this is free on mobile, and he deserves 2 bucks for remaking 2 games 2 times!

Why must I pay for something that for YEARS was free?

It is free (and still free) on mobile because it contains ads. That's where the developer gets money. On PC this is not the case.

World 1 is free. This is World 1 Remix. This is a different game.

You should really say that in the first place 😂

I mean. It says it in the description of what you're commenting on.

Hey, awesome! Is there a Linux build at all? I don't have Windows or Mac :-(

I added it to Lutris and it ran perfectly from what I could tell.

1. Install Wine with your distro's package manager. Install Lutris from there too if it's available, else use the download page: https://lutris.net/downloads/

2. Start Lutris, go through the driver installation process if prompted. Click the + icon in the upper-left, Add Game. Enter a name, then for the Runner select "Wine (Runs Windows games)".

3. Click the "Game options" tab. For the Executable, Browse and select "FPA World 1.exe" from the extracted ZIP.

4. Save your added game, and try playing it!

5. Wine prompted me to install Windows versions of Mono and Gecko. I just clicked cancel on the prompts, and it never asked me again.

If the game opens with a white screen and then immediately closes, or has other odd behavior, try changing Wine to one of Lutris's builds:

1. Find Wine in the Runners pane on the left of the Lutris window. Click the left "Manage Versions" icon.

2. Select the most recent version with no addon. For me it was lutris-5.4. The build will be downloaded and extracted. Click OK.

3. Back on the Runner page, click the right Configure icon. For "Wine version" change it from your System build to one you downloaded.

4. Save, and try playing again!

There's 24 hours left in the current sale, maybe this will reach you in time!

Thanks! I did end up purchasing it :-)

I haven't got it to work in Lutris + Wine yet though. When start it I get those prompts, but it doesn't actually do anything else after that.

Some debugging is required. 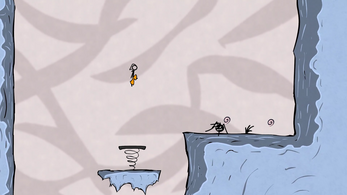 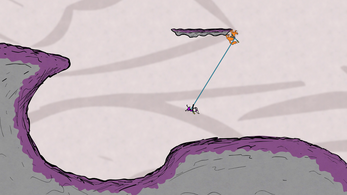 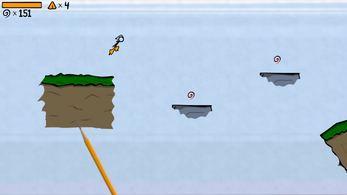 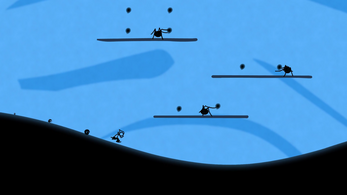 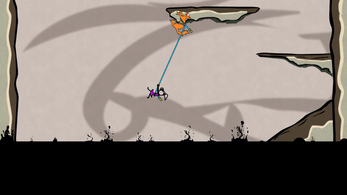